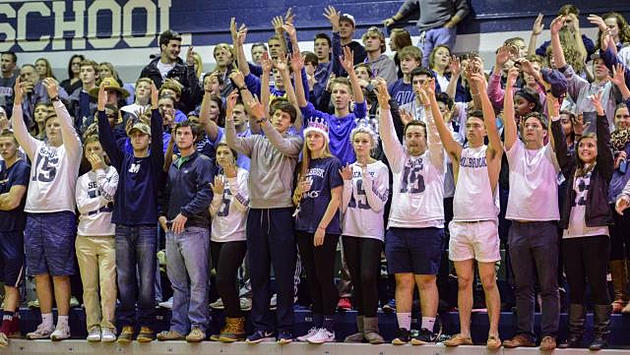 We take a look back on the 2014-15 season for our program, between our Freshman, Junior Varsity, and Varsity teams, Millbrook finished with a 51-14 record this season.

For the fourth straight season, Millbrook took home the Cap-8 Conference Regular Season Championship. The Wildcats averaged 89.1 PPG in 2014-15, which ended up being the 6th best offensive output of any team in the nation! They tied a school record for most wins in a season with 26, and their average margin of victory was 25 points. On three occasions Millbrook scored 100+ points including a school record 118 vs. Heritage on 2/5. Finishing with a 26-3 record, the Varsity team appeared in their second straight 4A Final Four, and once again took home Regional Runner-Up. 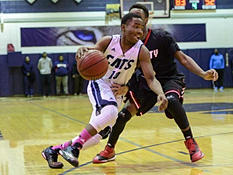 Millbrook defeated every team they played at least once during the season, and put together wins over the defending 4A State Champions in Apex, a 20 point victory over ESPN’s #10 player in the Class of 2015 in Brandon Ingram and his four time 2A State Champion Kinston Vikings, and a 39 point win over ESPN’s #2 player in the Class of 2016 in Dennis Smith Jr. and his defending NCISAA State Champion Trinity Christian Crusaders. Other notable victories included double digit wins vs. 4A powerhouses, Knightdale (twice), Northern Durham, Garner, and a thrilling five point win at home vs. Broughton.

For a second straight year, Millbrook took home plenty of hardware at the conference, district, regional, and 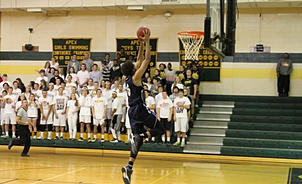 state levels. Coach McInnes was named Cap-8 Coach of the Year for a second straight season, Chris Clemons followed his Cap-8 Player of the Year worthy Junior season by putting together the best statistical season in program history en route to being named 1st Team All-State, the District Player of the Year, and he had the honor of sharing this year’s Conference Player of the Year award with Broughton’s Jerome Robinson. Robert Brown took home 2nd Team All-District honors for a second straight season, he was once again named to the All-Region team, and for a third straight year, the school’s all-time leading scorer received Cap-8 All-Conference merits. Andrew Evans was once again chosen to the All-Conference team, he was an All-Region selection, and a 3rd Team All-District member. Faison Brock was named 2nd Team All-Conference, and Trejon Jacob picked up All-Regional honors after a 17 point performance vs. Garner. 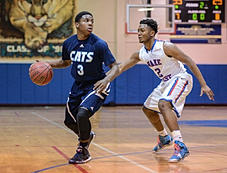 Chris Clemons led Millbrook in scoring with 24.9 PPG. He scored a school record 699 points this season, and set the new school record for most points in a game with 41 points in the 3rd Round of the playoffs vs. Knightdale. Clemons scored 30+ points on ten occasions this season which is the most 30+ point games in a career, at 5’9 he averaged over a block per game, he dished out more than four assists per contest, and grabbed over 3.5 rebounds per game. On top of that, he was named the Most Outstanding Player for the 2014 HighSchoolOT.com Holiday Invitational. At Wake Forest on January 27th, 2015, Chris scored his 1,000th career point as the Wildcats cruised to a 12 point win vs. the Cougars. Millbrook’s first Division I commit in eleven years finishes his career with 1,230 points, the second most in school history. Chris Clemons will continue his basketball career at Campbell University.

Faison Brock led the team in rebounding this season. He grabbed 220 boards during the season and scored 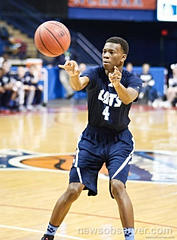 exactly 220 points, 7.8 per game. On nine occasions, Faison had 10+ rebounds, and he had a team leading four double-doubles, two of them coming vs. Broughton. On January 30th, 2015 vs. the Capitals, Brock pulled down a career high 15 rebounds and added 13 points. He was named 2nd Team All-Conference, and he is the only starter that returns next season. His fellow starting Forward, Robert Brown wrapped up his high school career by averaging 14.7 PPG, the most in any season during his career. Rob had a double-double vs. Middle Creek when he scored 24 points and grabbed 12 rebounds, he also had a season high 29 points vs. Sanderson on January 16th. During the 1st Round of the Holiday Invitational, Brown became the 4th player in program history to score his 1,000th Career Point. In the 3rd Round of the playoffs vs. Knightdale, the 6’9 senior scored his 1,229th point which put him ahead of Princston Terry (’02) for the most points in a career in school history. Rob averaged over 22 points per game in the postseason, and finished his career as the program’s leading scorer with 1,280 points. Robert Brown will continue his basketball career at Winston Salem State University.

Senior, Andrew Evans also put together a season for the record books, he too averaged 14.7 PPG which is 11th most in a season in school history. The 6’1 guard shot 41% from beyond arc, and scored in double digits over twenty times during the season. The All-Conference, District, and Region selection had his first career double-double on March 5th vs. Seventy First. He wraps up his career as one of the top 20 scorers in program history with over 660 points scored. Andrew will also continue his basketball career post-graduation. Among other notable performers were a pair of players who got their first taste of Millbrook Basketball. 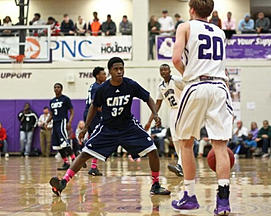 Mykel Harris, a senior who transferred from Warner Robins, Georgia took 24 Charges this season, that is the most charges documented in a single season in school history. Trejon Jacob, a junior who transferred from Sugarland, Texas averaged 9.4 PPG, along with grabbing over four rebounds per contest. The 6’5 forward, twice scored 20 points in a game including an amazing performance in the 2nd Round of the playoffs in which he hit 6 three pointers to lead the Wildcats to victory. He was named to the All-Regional team in early March and returns to the team next season. 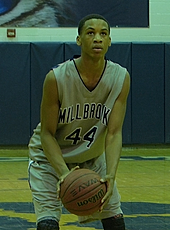 Looking ahead, the Wildcats will not return four of their starters which accounted for 57 of their 89 points per game. The top three scorers in the program this season will be moving on to play collegiate basketball, two of them being the top two leading scorers in program history. Of the top 10 leading scorers in the program this season, two of them return to the Varsity roster, averaging over 16 PPG combined in 2014-15. What the program does not lack going into next season is young talent, of the top 15 leading scorers in the program, ten of them are Freshmen or Sophomores. 6’2 Adrian Scarborough had the most PPG of any non-Varsity player as he scored 13.1 points per game for the Freshman team that went 10-3 under the direction of first year Head Coach, Gary Nobles. On the JV side, the Wildcats finished with a 15-8 record thanks in part to Freshman Jabari Brown, and Sophomore Trey Fowler who averaged over 9 PPG for Coach Ledford's squad.