In the last two years, Millbrook Junior Varsity Cheerleading has taken home back-to-back JV State Championships, and a 2015 Wake County JV Championship. In the spring, the Stunt team won their division and finished 2nd in the inaugural county championship. With many of the girls from those squads now on the varsity level, the Wildcats look to be highly competitive once again in 2015-16. 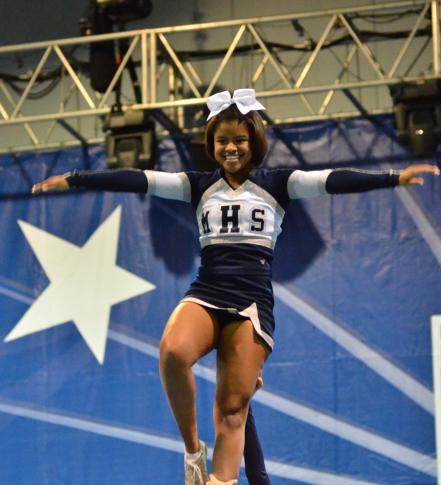 Coach Mousel has ten girls returning to cheer on varsity this season. Seniors Christi Glass, Olivia Titka, and Chania Witherspoon will lead this year's team as captains. Glass and Titka have been cheering on varsity for three seasons, and Witherspoon is a four year varsity member. Emma Overton, Sydney Vaughan, and Lindsay Parks round out this year's seniors.

Carlie Wilson, Jasmine Marshall, Maya Lee, Sidney Lafon, and Cameron Tulloss will also be back on varsity this season after cheering in 2014-15 as sophomores. Joining them from the class of 2017 is Kaylee Perry, Zaria Hudson, Caylah Tater, Lauren Mussler, Riley Lockwood, Rachel Scott, and Camryn Thoman. Sophomore's Bria Bryant, Ryen Boleware, Alex Schaffner, Sarah Tate Durling, and Taylor Tippins make up the rest of the varsity squad for this year.

In the two days' that the team has been together, Coach Mousel says 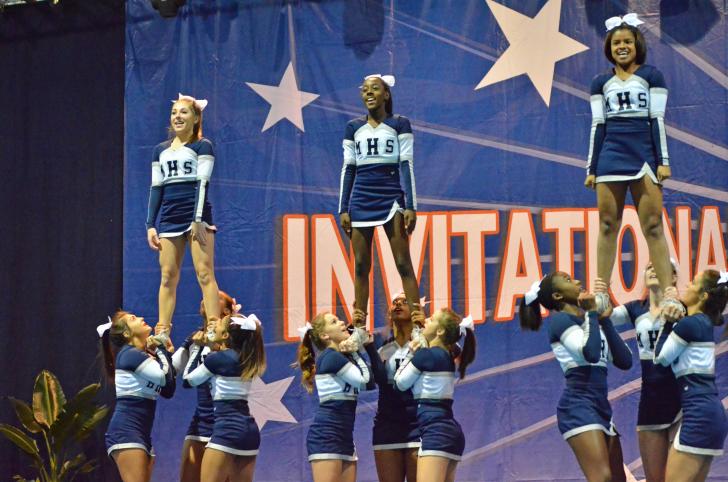 that she is "thrilled with the amount of talent on this year's team. The amount of tumbling and stunting skills that the girls have been able to hit is pretty incredible". She also praises the skills that the girls moving up to varsity have developed through JV competitions and that skill and experience has set the team's expectations at an all time high this year, Mousel summed this year's goal in one word, "winning".