Celetti and Cera to anchor strong XC program in 2015

2014 was another successful season for the Millbrook Cross Country program as both the men's and women's teams had top 10 finishes at the state championship race. Going in to the 2015 year, Coach Schneidewind's group will have a mix of youth and experience but most importantly, they will once again be loaded with talent.

Junior, Tucker Cera will lead a Men's team that finished 10th in the state last year. NC Runners ranked Cera as the #30 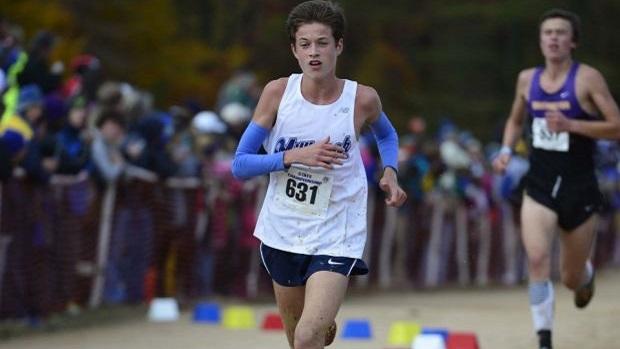 NCHSAA runner last fall, his PR last season was 15:57.10. Luke Gostling who ran a 16:46.10 last year also returns, the Wildcats will lean heavily on him after he had an impressive showing this spring. Jack Banask will also be a name to look out for, he will be one of the senior leaders on the men's side after posting a 17:25.80 time last year. Millbrook had 4 seniors in their top 7 at the state meet last fall, but since then there has been significant development among the younger runners. NC Runners has the Wildcats ranked as 17th in the state going into this year.

On the Women's side, Junior Maya Celetti returns after running a 19:41.60 last year. Not far behind her are senior's Rachel Navarro and

Kaylie Hinckley, they posted 19:49.30, and 20:37.50 times respectively last year. They are the 2 seniors that are projected to be in the top 6 for this fall, which should give the team a balance between leadership and youth. NC Runners has the team ranked #28 in their Top 30 going into this season for a group of girls who placed 8th in the state last year.

The 2015 Cross Country season kicks off on September 2nd when the Wildcats travel to Enloe for a 6PM meet. Millbrook's first home meet will be a week later when they host Wake Forest at 6PM. For more information follow us on Twitter at @xc_wildcatmhs and @mhsgirlsxc