Coach Clarence Inscore knew that his depth chart would be thin on Friday night. Having to deal with injuries, and replacing many key seniors from a year ago, Millbrook started fourteen juniors on Friday night. The Class of 2018 rose to the occasion as they helped the Wildcats to a 38-14 season-opening victory at East Wake.

Wide Receiver, Tyler Snead may have made the biggest impression amongst the junior class as he hauled in all 75 of Millbrook’s receiving yards en route to a two touchdown game. Snead’s scores broke the floodgates open, and from there, the Wildcats never looked back.

Linebacker Andre Freeman set the tone for Millbrook when he scooped up a fumble at the East Wake nine yard line less than a minute into the game, and returned it for a touchdown. In last week’s HighSchoolOT Jamboree, it was Freeman who registered the Wildcats’ only points with an interception return for a touchdown against Middle Creek.

The early score was answered right away when Tyshawn Milam, Mikekale Engles, and the East Wake offense methodically made their way down field on their ensuing possession for a score. It was the Warrior running back, Engles that would get the call on the game-tying run when he darted through the defense from seven yards out making it 7-7.

It looked like the Warriors and Wildcats were buckling up for shootout on Friday night when Millbrook responded to the East Wake touchdown with a three play scoring drive that would end in a 48-yard touchdown pass from Kenny McCray to Tyler Snead. A connection that was all-too familiar during the 2015 junior varsity season was the first for the pair at the varsity level. The scoring play came on the first pass of McCray’s varsity career, and for Snead, the reception went for the first touchdown of his varsity career.

Oh yeah, Millbrook is good at running the ball too. As team, the Wildcats only attempted 10 passes in the game. The other 34 plays were on the ground, and Millbrook pounded the ball through the East Wake defense for a total of 291 rushing yards on Friday. Senior, Larry Rountree got the bulk of the carries as he was handed the rock a team-high 12 times, and he dashed for 143 yards in the process.

With 8:57 left in the first half, Rountree turned in one of his more impressive runs on the night as he found a hole in the offensive line, darted through the middle of the field, then snuck right for a 44-yard touchdown run to put Millbrook ahead for good at 21-7.

Sacks from Sam Smith, and Joesph Boletepeli on the following Warrior drive would force a punt, and it would allow Millbrook’s offense to go back to work. Chris Twitty (8 carries, 47 yards), and Kenny McCray (8 carries, 52 yards) got the Wildcats back inside the East Wake redzone, and from the six yard line, McCray (3-4 passing, 75 yards, 2 TD’s) was able to dump a pass to his left that was snagged by Tyler Snead for his second touchdown of the half to make it 21-7. All three of McCray’s completions went to Snead, and all 75 yards, and 2 touchdowns from the junior accounted for Millbrook’s passing offense.

“We all stepped up in a big way tonight” said Snead who also rushed for 21 yards, “a lot of guys went out there with a chip on their shoulder to show what they could do, and the results at the end of the night say it all... This is some good momentum to take into next week at Knightdale”.

Millbrook’s offense closed up shop heading into halftime with a 38-7 lead already in hand. Junior kicker, Will Gentile booted a career-long 30 yard field goal halfway through the second quarter, and after having a 38 yard touchdown run called back on a block in the back, Larry Rountree snuck into the endzone with just six seconds remaining in the half for his second touchdown of the night.

The substantial second half lead allowed those to turn their attention to the Wildcat defense who was turning in an impressive performance of their own. Sam Smith, Juwan Manning, and Kenan Delbridge all dished out bone-rattling hits in the second half the play. Following an East Wake touchdown on a broken pass play to cut the lead to 38-14, junior defensive back Casey Carnevale put the icing on the cake by tipping a Tyshawn Milam pass, and grabbing it for his first career interception with just under seven minutes to play.

With the 38-7 victory Millbrook moves to 1-0 on the season, East Wake falls to 0-1 with the loss. Next week, the Wildcats hit the road once more as they travel to Knightdale at 7:00 PM. The Millbrook Maniac theme is a Hawaiian Theme. For more information follow @MHSCatsFootball or @MHSManiac on Twitter.

CLICK TO BELOW WATCH A LIVE REPLAY OF THE GAME 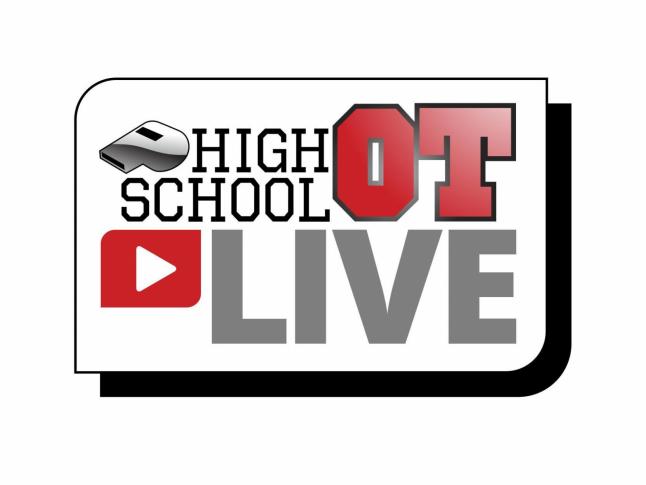