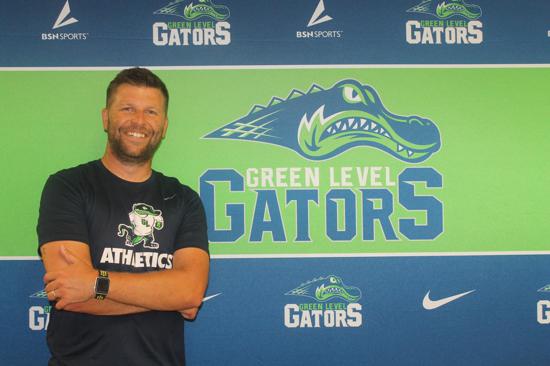 Colin Fegeley, CMAA, M.Ed received his Bachelor's Degree in History from North Carolina State University and his Master's Degree in Education from the University of Pennsylvania. He is originally from Pennsylvania, but has called North Carolina home ever since he was 10 years old. He began his professional career in 2007 as an English Teacher and Football Coach at Olney High School in Philadelphia, Pennsylvania. In 2009, Colin returned to North Carolina to continue his teaching and coaching career. Prior to being named the 1st Athletic Director at Green Level High School, Colin served as Athletic Director at Green Hope High School from 2014-2019. During his tenure at Green Hope, Colin helped guide the athletic program 9 consecutive NCHSAA 4A Wells Fargo Cups and was part of 17 state championships.

Colin is a member of the National Interscholastic Athletic Administrators Association and serves as secretary on North Carolina Athletic Directors Association Board of Directors. He earned his  Certified Master Athletic Administrator (CMAA) designation in January 2020. On April 4th, 2022 Colin was named the 2022 NCADA Athletic Director of the Year for the state of North Carolina. When not at work, Colin enjoys traveling the world and spending time with family, especially his wife Michelle and two boys, Jackson and Corbin. 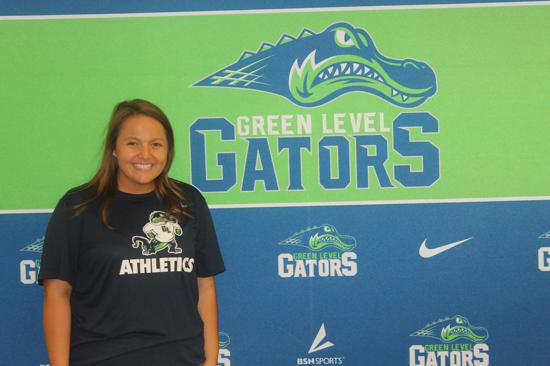 My name is Logan Hill Schaefer.  I have been teaching for 7 years.  I graduated from Meredith College in 2012 with a Bachelors of Science in Mathematics with minors in Physical Chemistry and Education.  In 2016, I completed my masters in Instructional Technology with a concentration in Distance Education Administration from East Carolina University. In  the 2019 academic school year, I obtained my National Board Certification for Teaching.  I am also the Associate Athletic Director at Green Level.  I have served as a coach the past 7 years and an  assistant athletic director for the past 3 years.

When I am not at Green Level, I am usually at ball games for NC State, the Panthers, and the Canes with Brian, my parents, and friends.   I am super excited for the school year both academically and athletically.